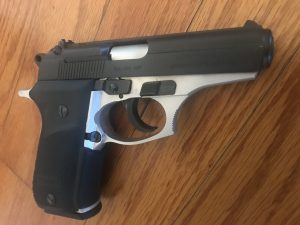 Under F.S. 790.053 a person licensed to carry a concealed fire arm can display the firearm when necessary for self-defense. This means a person who needs to defend themselves can pull the firearm from their purse or pull back their jacket to let a potential threat know you are armed. You can also unholster the firearm, however you may not do so in an angry or threatening manner. This puts a substantial burden on a person using a firearm to defend themselves. When being threatened it is normal for a person to react with anger and fear. You must maintain your composure and not become an aggressor.

It is also lawful to carry certain weapons for the purpose of lawful self-defense without a license. F.S. 790.01 makes it lawful to carry in a concealed manner a chemical spray, nonlethal stun gun or dart-firing stun gun or other nonlethal electric weapon. F.S. 790.053 provides that such weapons can be openly carried for lawful self-defense. This does not mean you can go around threatening people with weapons. F.S. 790.10 provides for up to a year in jail for the improper exhibition of a dangerous weapon or firearm. 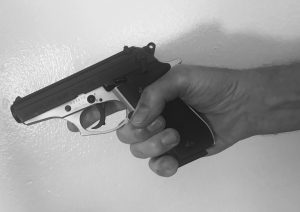 If you are considering carrying a firearm or other weapon you should consult with a knowledgeable criminal defense attorney to make sure you know your rights and responsibilities. Some of the attorneys at Mario, Gunde, Peters, Rhoden & Kelley, LLC are licensed to carry concealed firearms and other weapons. We are knowledgeable about the laws concerning carrying and using weapons and can help you with your concealed weapon(s) questions. Call today to discuss your legal rights. Initial consultations are a courtesy and we invite you to call our Melbourne office or our Cocoa Office.  You may also email using the contact form at the top of this page.