How Can An Oral Prenuptial Be Valid? Or Can It Be?

At first glance it would seem settled law that to be enforceable a premarital contract (also known as a prenuptial) in Florida must be in writing. Two statutes would seem to settle the issue.

Florida statute 61.079 states that all premarital agreements must be in writing and both parties must sign the agreement. In addition, Florida Statute 725.01, which is known as the Statute of Frauds, requires contracts that are not to be performed within one year of making be in writing. The Statue of Frauds specifically includes marriage contracts or, “any agreement made upon consideration of marriage.”

When looking at the one-year requirement you must look to the intent of the parties. If it is intended that the contract only last, or be completely performed, within one year then that contract does not need to be in writing. While the language in wedding vows such as “till death do us part,” is not enforceable it is assumed a marriage is intended to last more than one year. 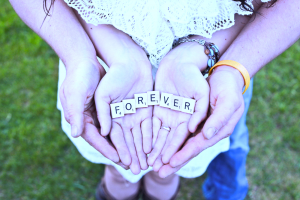 Oral Premarital Agreements Can Be Enforced

If the oral premarital contract was entered before F.S. 61.079 became effective the Statute of Frauds must still be considered. The oral premarital contract could be enforceable if the contract was fully performed.  In a Florida case, O’Shea v. O’Shea, 221 So. 2d 223 (Fla. 4th DCA 1969), the parties entered an oral premarital agreement. The husband agreed to leave his job in Michigan and only work out of Fort Lauderdale and the Wife agreed to transfer some of her property into the joint names of the parties. Both parties did as agreed. When the Husband filed for divorce the court enforced the agreement because both parties had fully performed the agreement.

A second way an oral prenuptial agreement can be enforceable is if there is some writing, signed by the parties, which indisputably establishes the existence of the contract. This writing does not need to have all of the formal wording of a contract but must provide a clear summary of the agreement. A common way the agreement is put into writing is when the parties execute a will and include the provision of the oral prenuptial agreement. Such was the case in King v. King, 418 So. 2d 275 (Fla. 3rd DCA 1982). In this probate case the husband’s will specifically referred to the parties’ prior oral contract. The will was executed at least four years after the oral premarital agreement was reached. The will set out the terms of the oral premarital agreement and has a, “declaration by wife,” which she signed. The oral agreement was found to be valid and enforceable.

If your oral premarital agreement was entered prior to October 1, 2007 it could be enforceable. You should seek the advice of an attorney who is experienced and knowledgeable about prenuptial, post-nuptial and marital settlement agreements. The above information is for educational purposes only. You should consult with an attorney before taking any action or in deciding to not act.

See also our three-part article written by partner Kenneth E. Rhoden, Esquire covering an introduction to prenuptial agreements, preparing pre-nup agreements throughout Brevard County, and how to attack a premarital agreement in Florida.

The attorneys at legal-eagles.com have decades of experience in litigating and creating marital agreements. Give us a call for a free consultation.  We have been serving all of Brevard County for over 40 years. We have helped clients from Titusville, to Palm bay including Viera, Melbourne, Cocoa, Merritt Island, Indialantic, West Melbourne, Suntree, and Rockledge.  Call 321-631-0506 or use the email form at the top of this page.