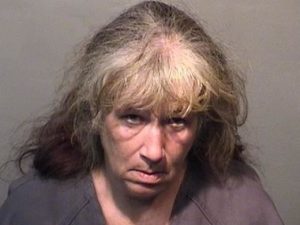 In August 2016 Tamara Daniels, 52 was arrested for two counts of Neglect of a Child Without Great Bodily harm after a Brevard County, Florida Sheriff’s Deputy initially noticed the condition of her home.  Her two children and 24 Chihuahuas were apparently living in the home which officials said was filthy.  The home was described as being caked with dog feces, full of trash, and live bugs. 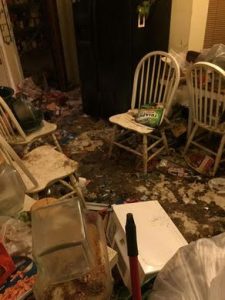 The two children were removed from the home by the Department of Children and Families (“DCF”).  Investigators said the children had dog feces clumped onto their feet and were not enrolled in school.  While the disposition of the two children has not been reported, typically children removed from a parent will be placed with the nearest acceptable relative or, if no acceptable relative can be found, into foster care.  In this case an acceptable relative would have had to not have known of the awful conditions the children were living in. Within twenty-four hours of the children being removed from the Port St. John home the Department of Children and Families will bring a Shelter Petition before the Brevard County Circuit Court in Viera, Florida.  The Judge will make the initial decision on where the children are placed.

(e)“Neglect of a child” means:

After the Brevard County Sheriff’s Office completes their investigation the State Attorney will decide what, if any, crimes Ms. Daniels can and should be formally charged with.

Ms. Daniels could also be facing cruelty to animals charges pursuant to Florida Statute 828.12. The animals were removed from the home. The Brevard SPCA took the animals and they will eventually be available for adoption. Officials did not describe the conditions of the animals.

It is a defense if a person is so mentally ill that they do not know that what they are doing is wrong.  In this case Ms. Daniels reportedly told deputies, “I know it’s bad. Please don’t take me to jail.”  This statement would obviously damage any claim that Ms. Daniels did not know that what she was doing was wrong.

This case evokes great sympathy for the children and for the animals.  Tamara Daniels’ actions are viewed with disgust in the community.  Nevertheless it is the job of a defense attorney to uphold the Constitution of the United States and make every effort to ensure Ms. Daniels is treated fairly and under the law.

The lawyers at Mario Gunde Peters Rhoden & Kelley, LLC. have handled many tough cases over the years.  We believe everyone is entitled to a vigorous defense.  Call for a free consultation with one of our experienced attorneys (321) 631-0506.   Two offices to serve you:  Cocoa Village and Melbourne.