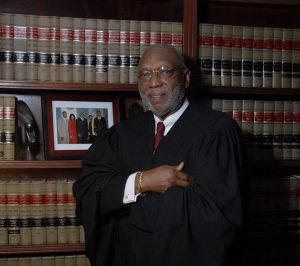 Justice James E.C. Perry has notified Gov. Rick Scott that he will retire from the Florida Supreme Court on Dec. 30, 2016.

“After over sixteen years of proudly serving the citizens of the State of Florida, first as a circuit judge and currently as a Justice of the Florida Supreme Court, I am constitutionally mandated to retire by the end of my current term,’’ Perry wrote Scott in a letter delivered to the governor’s office Friday afternoon.

Florida’s 85th justice, Perry is the fourth African-American to serve on the Florida Supreme Court. He grew up in the segregated South and decided to become a lawyer the night the Rev. Martin Luther King Jr. was assassinated in 1968.

Perry, now 72, had never even met a lawyer. But that evening he knew he wanted “to be an instrument of change, to make a difference.”

And for more info: