President Trump has appointed Florida Attorney General Pam Bondi to serve on the Opioid and Drug Abuse Commission. Bondi is known for her work to help shut down pill mills in Florida. At one time these so-called pain clinics operated in the open. Unethical and greedy doctors would illegally prescribe oxycodone pills to practically anyone who asked. In Brevard County, one pill mill drew so much business that a mobile hot dog stand set up in the parking lot. Local Sheriff Wayne Ivey helped shut down the pill mills in Brevard County. As oxycodone became harder to get many addicts switched to heroin and other street drugs. Law enforcement has not yet responded in a comprehensive state wide fashion.

Often addiction begins with a physical injury. The doctor prescribes, or over prescribes, oxycodone. The doctor does not monitor the patient properly and the patient becomes addicted. A substantial number of people in the general population are highly susceptible to becoming addicted to oxycodone. Good people, due to their body chemistry or psychological makeup, suddenly and unexpectedly find themselves addicted.

Once addicted, people will do anything to acquire the drugs. A West Melbourne police officer was caught stealing pain pills from the police evidence locker. Cashiers, little league bookkeepers, lawyers, and pastors have stolen money to support their addiction throughout Florida, Brevard County and nationwide.

Our law office sees many people whose lives are directly or indirectly impacted by addiction. Divorce, criminal charges, foreclosure, and bankruptcy can all have addiction as the root cause. Our experienced attorneys have the deep and long time experience to help when you or a friend or relative is addicted. Sometimes the only solution is to cut the addict out of your life and other times there are alternative solutions.

The good news is many people do eventually recover. The road often has many ups and downs. Treatment, jail time, desperation, and a grim determination can all be part of the path. Unfortunately for many people their lives are never the same or, in the worst circumstance, their lives are cut short. 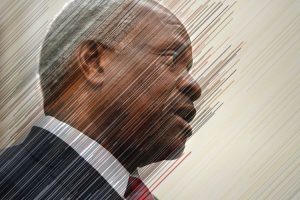 Judge Clarence Johnson once said that crack cocaine was the worst plague that ever hit Brevard County. He was speaking in the 1980s but the plagues of opioid and heroin addiction afflict Florida and Brevard County now in 2017. Hopefully the Commission will act swiftly and aggressively to take real steps to address the problem that is having such an impact on Brevard County and the nation.

Mario, Gunde, Peters, Rhoden & Kelley is celebrating 41 years of service to the community and is the largest, most experienced criminal and family law firm in the county.  Initial consultations are always a courtesy and we have an attorney available 24/7 for your emergency legal needs.   321-631-0506 or use the Contact box at the top of this page.