DRIVING UNDER THE INFLUENCE

Driving Under the Influence 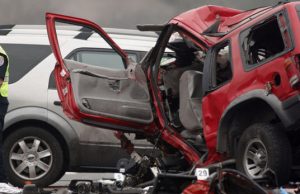 A study by the AAA Foundation for Traffic Safety looked at drivers involved in fatal crashes in the state of Washington over four years.  Results showed 10% of those drivers had a detectable level of THC in their bloodstream either at the time of the crash or shortly after the crash.

Of the group studied the following results were shown:

SOURCE:  AAA Foundation for Traffic Safety study of Prevalence of Marijuana Involvement in Fatal Crashes in Washington 2010-2014.  (published May 2016)

Driving under the influence in Florida is not a crime limited to alcohol.  You can be charged with DUI by the Brevard County Sheriff’s Office or other local law enforcement officers (from Melbourne, Palm Bay, Indialantic, etc.) if you are under the influence of other substances that impair your (normal) faculties.

This is no joke.  Marijuana comes in many shapes and sizes, strains, and recipes.  Suppliers have been known to include additives that may include chemicals that increase the effects of the marijuana or have additional effects on the user.  If you get in the car after smoking a little pot you can be charged with a felony – that is serious.   Some people like to combine prescription drugs with a little smoke.  That can also contribute to DUI charges.

If you happen to cause another person serious bodily harm while you are driving under the influence of just a little pot you are facing prison.  Not jail – prison.  Up to five years and fines up to $5,000.00 not to mention your legal bill.  Causing serious bodily injury in this way is a third degree felony.  It is more difficult to defend against this type of DUI charge and it will cost you much more than just a DUI on your record.

Don’t smoke and drive even though you may think, “Eh, the cop won’t even know.”  Accidents are just that and can happen whether you’ve smoked up, had a drink or are as clean and sober as you’ve ever been.  That accident can have serious, long reaching effects.  If the officer arrests you for suspected DUI he or she can arrange for a warrant requiring you to have a blood test which may confirm your state of influence.

If you are facing DUI call us for a free consultation.  We are the largest and most experienced criminal law and family law firm in Brevard County.  There are former Assistant State Attorneys, former Assistant Public Defenders, and lawyers with over 20 and over 30 years experience practicing law in our firm.  Experience matters.

Two locations to serve you: Melbourne and Cocoa Village.   Attorneys available by phone 24/7 for your urgent matters. 321-631-0506