Home » Criminal Law » I Was Charged With Assault in Brevard County, Florida, Now What?

If you have been charged with Assault you should call Mario, Gunde, Peters, Rhoden & Kelley, LLC, as soon as possible. Our attorneys have over 100 years of combined experience defending people arrested for assault. We have former prosecutors, public defenders and attorneys certified to try the most serious felonies with many hundreds of trials. If arrested for assault in Brevard County you should not discuss your case with anyone until you have spoken to a criminal defense attorney. 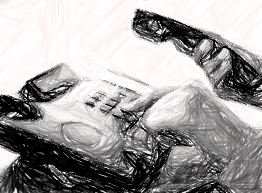 Under the first requirement there must be a threat such as, “I am going to hit you.” Proving a Defendant made any such threat can be difficult.

The police will ask the victim of a threat if they were afraid. If the victim was not afraid then no crime has been committed. The intended victim may get mad or even be amused. In any event “no fear? no crime.”

Simple assault is a misdemeanor of the second degree punishable by up to 60 days in the county jail.

There are many types of assault that are more serious. Under F.S. 784.021 an aggravated assault is committed if a person uses a deadly weapon or makes the assault with an intent to commit a felony. Aggravated assault is a third-degree felony punishable by up to five years in state prison.

Assault can be hard to prove because, unlike battery, there is usually no physical evidence. Each of the three parts of an assault charge, as listed above, can be hard to prove. The criminal defense attorneys at Mario, Gunde, Peters, Rhoden & Kelley, LLC know how to defend you if you are facing an assault, aggravated assault or any other criminal charge.

Call the Legal-Eagles.com attorneys today for a free consultation. Appointments are available daily. 321-  676-2150