Divorce Decisions for Both Spouses 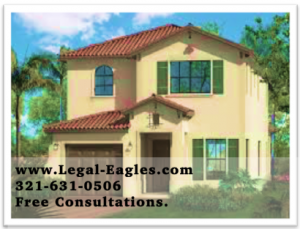 Support issues include, child support, alimony, and attorney fees. A court can order the payment of child support, alimony, or attorney fees if the court finds the payment is legally justified and a person has the ability to pay. If a person fails to pay the court, upon proper motion, can find the person in contempt of court. Once a person is held in contempt of court a court can, among other sanctions, put the person in jail until payment is made.

Property distribution in a Florida divorce is called equitable distribution. It involves dividing the property accumulated and the debts accumulated during a marriage. If a former spouse fails to pay a marital debt they were ordered to pay, a court in Brevard County cannot find the former spouse in contempt of court. Only normal debtor-creditor law applies to such a collection effort. Also, if your former spouse is ordered to pay you money from a marital account or other asset, and they do not pay, you have to get a civil judgment and then try to collect on that judgment.

It is much better to not put yourself in such a situation. For your divorce you should hire an aggressive, experienced family law attorney. At Mario, Gunde, Peters, Rhoden, and Kelley, we have the experience needed to know how to look ahead and avoid potential problems. We serve all of Brevard County, including Titusville, Cocoa, Merritt Island, Viera, Melbourne, Rockledge, and Palm Bay. Call us for a free consultation.