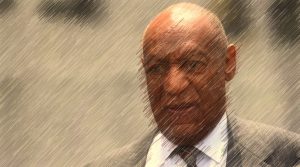 When there is any hint that you may be arrested, accused of a crime, are involved in a crime, are a suspect in a crime – speak to no one until you contact a criminal defense attorney. When a crime or potential crime happens and you think could possibly be a suspect, call Mario, Gunde, Peters, Rhoden & Kelley immediately. We have been in business in Brevard County for over forty (40) years. We know how to help you deal with the criminal justice system in Brevard County.

Bill Cosby is standing trial right now because he did not keep his mouth shut. Bill Cosby was accused of sexual assault by Andrea Constand. In 2005, the police asked to talk to Mr. Cosby about the accusation and he agreed. He gave a statement that he must have thought would help him in some way. They were wrong. A flat out refusal to speak to the police would have been much better. If Cosby had called our firm we would have told him, “DO NOT MAKE ANY STATEMENT TO THE POLICE”.  Instead Mr. Cosby admitted in his statement to giving Constand several pills, that he was “petting” her sexually, that they never had sexual intercourse “asleep or awake”, and Cosby claimed that they had a romantic relationship before the incident. Mr. Cosby and his lawyers may have thought they were explaining his side of the story.  Police frequently tell suspects we need to hear your side of the story. What the police really mean is please make some incriminating statements. Cosby also had a lengthy phone conversation with Ms. Constand’s mother in which he tried to justify his actions.

Now prosecutors are using Mr. Cosby’s statements to the police, to Ms. Constand’s mother and from the civil deposition against him in this criminal trial. The trial is still in progress as this article is being written and it is not known if Mr. Cosby will be found guilty or not guilty. If he is found guilty, his own statements certainly played a part in the verdict.

Some people think statements about crimes are hearsay and cannot be used against them in trial. Florida Statute 90.803(18) provides that statements by an accused can be used as an exception to the hearsay rule. Never try to play lawyer when your freedom is on the line. Speak to an experienced criminal defense lawyer any time you think you could possibly be implicated in a crime.