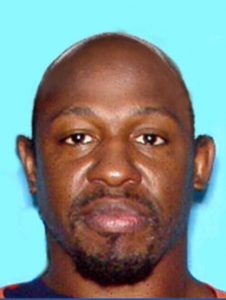 On Thursday March 17, 2017, Orange-Osceola State Attorney Aramis Ayala announced her decision to not seek the death penalty against Markeith Loyd or against any other defendants in the future. Markeith Loyd is charged with shooting and killing his pregnant ex-girlfriend, Sade Dixon in December and shooting and killing Orlando Police Lieutenant Debra Clayton in January.

Governor Rick Scott recently signed into law a requirement that a twelve (12) member jury must return a unanimous verdict recommending death before a judge can impose the death penalty. If faced with an aggressive prosecutor it appears Markeith Loyd runs a substantial risk of being sentenced to death. Juries base their decisions on the facts and the law but also on emotion. Murder of a pregnant woman is sure to evoke strong emotions as is the murder of a law enforcement officer. In this incident, Loyd stood over the officer while she was on the ground helpless. He then fired the fatal shot. Executing a female officer while she cannot defend herself is asking for a death sentence.

The emotions that many people would feel are fully backed up by the law. Florida Statutes 921.141 lists factors a jury should consider in making a recommendation for life in prison or a recommendation for death. F.S. 921.141(6)(j) provides for the jury to consider if “The victim of the capital felony was a law enforcement officer engaged in the performance of his or her official duties”. F.S. 921.141 (6)(b) directs the jury to consider if the defendant was previously convicted of another capital felony. A savvy prosecutor would carefully consider which murder case to try first to ensure at least one death sentence.

The job of a State Attorney is to prosecute crimes. If nothing else by refusing to pursue the death penalty State Attorney Ayala gives up a lot of leverage in getting a murder to plead to life in prison. Any competent criminal defense attorney will take advantage. An aggressive criminal lawyer would never take a plea to life in prison if the death penalty is off the table.

Mario, Gunde, Peters, Rhoden & Kelley is the largest and most experienced criminal law and family law firm in Brevard County.  The firm is celebrating 41 years of service to the community in 2017.